To the President of the Republic of Bulgaria
Mr. Rumen Radev

To the Prime Minister the Republic of Bulgaria
Mr. Boyko Borisov

The Roma Standing Conference, bringing together more than 100 Roma and pro-Roma organizations and activists, has been working for more than two years to unite the Roma community in the direction of building a strong Bulgaria and united Europe. We are working to build strong and responsible state institutions that guarantee the rights of all citizens and building a strong and united civil society. All of our actions, including the last two events on April 6th and 7th, are aimed at contributing and implementing the dreams of the Roma for a better and more European Bulgaria.

We are deeply embarrassed and troubled by what is happening in Gabrovo, where we see the imposition of street justice in a European state in front of the eyes of the state law enforcement representatives. The next pure criminal scandal, which is used and presented in the public space in a way that raises ethnic hatred and an ethnic problem, is not the best solution for the consolidation of our society.

We work and we will work to prevent scenarios of stirring up ethnic conflicts such as the ones we have seen in the recent past in the Balkans.

We are asking how long this unacceptable form of personal revenge will be tolerated!? How long will the state allow homicide, burning, lynch, pogrom, hatred and provocations raising social tension? How long will domestic, criminal scandals be tolerated and used as justification for punishment against an entire ethnic group? How long!?

In a democratic, rule of law, state is unacceptable to allow promotion and expression of ethnic hatred. In a democratic state, a crime committed by one person is a personal criminal responsibility, not a collective one of the entire Roma community. We believe that the contradictions between different social, professional, ethnic, political groups are resolved by constructive dialogue rather than by street law.

We appeal to you that together with you we work transparently and with equal attitude towards all citizens and with sincere desire to build a strong Bulgaria, occupying its deserved place in united and democratic Europe. 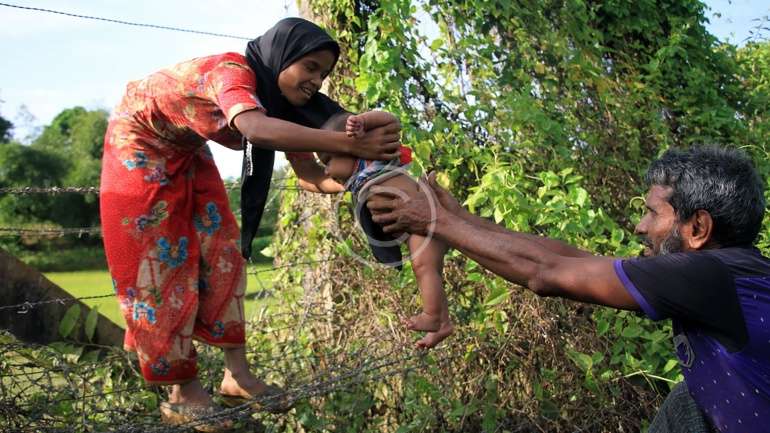 The refugee concept under international law

We are Committed to Working with Refugee Children